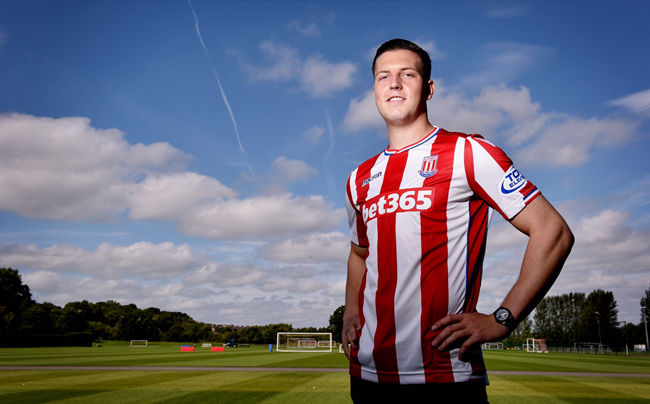 Kevin does it the Wimmer way (Photo: @stokecity/Twitter)

Stoke City have announced the signing of Kevin Wimmer from Tottenham in a deal worth a not-insignificant £18million.

Having made just 15 league appearances for Spurs since joining from Cologne two summers ago, the Austrian centre-back has decided to cut his losses and move on, signing a five-year contract with the Potters.

✍️ Say hello to @kevinwimmer27, who has today joined #SCFC from @SpursOfficial on a five year deal for a fee worth £18m

With Kurt Zouma already on board for the season, Stoke’s back-line is looking pretty damn formidable – and the arrival of Wimmer only serves to bolster that.

Not really mobile or slick enough to mix it with Toby Alderweireld and Jan Vertonghen at Spurs, you feel that the 24-year-old will be much better suited to Stoke’s rigid, physical set-up.

Best of luck to the guy.