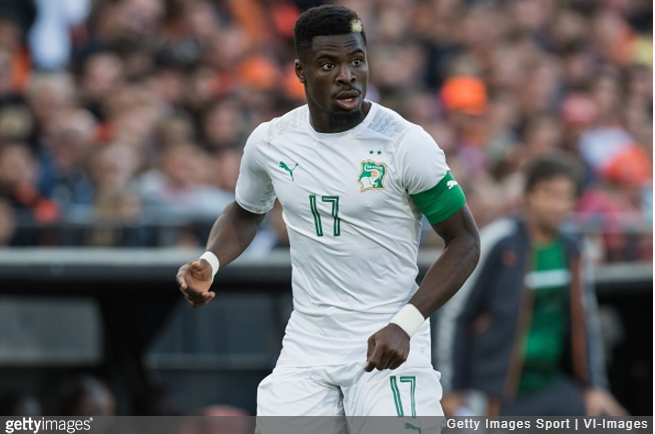 Last time we dipped in, Tottenham were progressing nicely with their efforts to sign Serge Aurier from PSG.

Indeed, the Evening Standard had it that the Ivory Coast international defender had tentatively agreed a five-year contract with Spurs, with the piffling matter of him not being legally allowed to enter the UK being the only hitch holding up the transfer.

Aurier was still in the process of appealing a custodial sentence given to him last year after he was found guilty of assaulting a police officer outside a Paris nightclub back in September.

However, according to Guardian journalist David Hytner, the French courts have today seen fit to downgrade Aurier’s conviction to a fine, meaning that he’s free and clear to submit a UK work permit. Incredibly convenient how things work out sometimes, isn’t it?

We don’t claim to be fluent in emoji, but Aurier’s subsequent tweet seemed to have a distinctly celebratory air to it…

And so, it would appear that the path is now clear for Spurs to wrap up their £23million deal before the deadline passes on Thursday evening.

He might well prove to be an excellent signing, provided he keeps his notoriously moronic mouth shut.