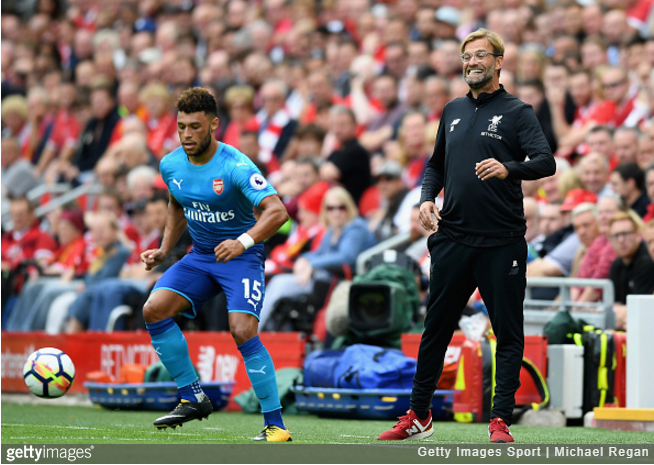 Alex Oxlade-Chamberlain isn’t likely to be an Arsenal player for much longer with the breaking news this evening that Liverpool have reached a £40million agreement to take him off the Gunners’ hands.

It was reported earlier in the day that Oxlade-Chamberlain rejected a move to Chelsea for fears he’d be stationed at wing-back. Part of the lure of Liverpool’s approach was that Jurgen Klopp has apparently given the 24-year-old assurances that he’ll be deployed as a midfielder as is his preference.

So that’s £40million for a player with one year left on his current contract, along with a massive six-year commitment from the buying club. We guess all this must make sense to somebody.

Somehow, with the whole Alexis Sanchez thing poised the way it is, it’s entirely plausible that Arsenal will (reluctantly) re-smash their new ‘fee recouped’ record before the end of the week.