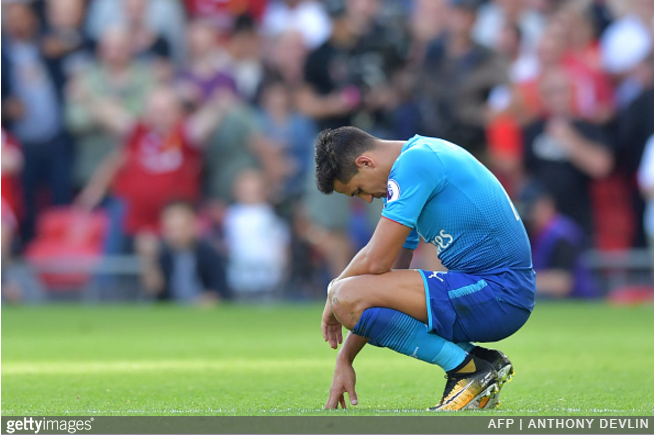 Alexis Sanchez may well have 10 good reasons to leave Arsenal on transfer deadline day, but thankfully he now also has one good reason to stay.

From the same deranged, off-key genius who brought us ‘Leave Right Now‘, the definitive anthem of the 2016/17 ‘Wenger Out’ campaign, comes what might just prove to be the decisive factor in Sanchez’s decision.

“Granted, I’m not 100% fluent in English, but even I understand that their fans all seem to be gigantic, self-entitled man-baby berks,” the Chilean whimpered as he came sprinting into the reception at Carrington with a biro in his hand.