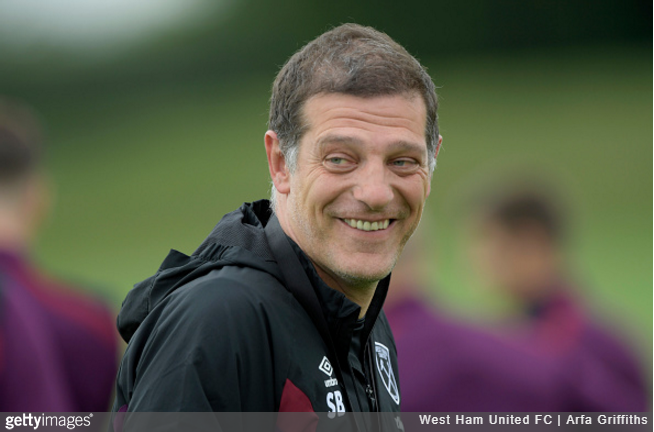 Whether you choose to believe him is another matter, but West Ham owner David Sullivan has made it known that Slaven Bilic rejected the chance to sign both Grzegorz Krychowiak and Renato Sanches on transfer deadline day.

Krychowiak eventually agreed a season-long loan at West Brom, while Sanches struck a similar deal to join Swansea for the remainder of the 2017/18 campaign.

However, Sullivan claims the Hammers were offered both players only for Bilic to veto both in favour of pursuing the signing of William Carvalho from Sporting Lisbon – another transfer that failed to materialise.

In a statement issued via West Ham’s actual website, Sullivan made a point of letting everybody see just whose decision it was to pass on the aforementioned midfield duo:

Overall, Slaven is happy with the business we have done during the summer transfer window. We received the manager’s wish-list before the window opened and we have managed to get the top four players on it.

It is no secret that we made a club record bid for Sporting Lisbon’s William Carvalho but unfortunately that offer was rejected a couple of weeks ago.

Late last night Sporting Lisbon made contact to accept the original offer, but unfortunately it was just too late in the day, and we simply did not have enough time to put the player through a medical.

We were not prepared, as a club, to buy a player for that amount of money without him having gone through adequate medical checks.

Grzegorz Krychowiak and Renato Sanches were both offered to the manager before their switches elsewhere, but he told us that he is happy with the squad he has.

As a Board we are behind Slaven, and he believes he has the tools to turn around our form and rectify our disappointing start to the season.

In short, it’s all somebody else’s fault. Again.

As always, we’ll likely never know just how concrete the offers and/or Sullivan’s claims are, but you have to question the wisdom of broadcasting these shortcomings to all and sundry.

Unless the West Ham board are trying to start stacking up the reasons to sack Bilic, of course.