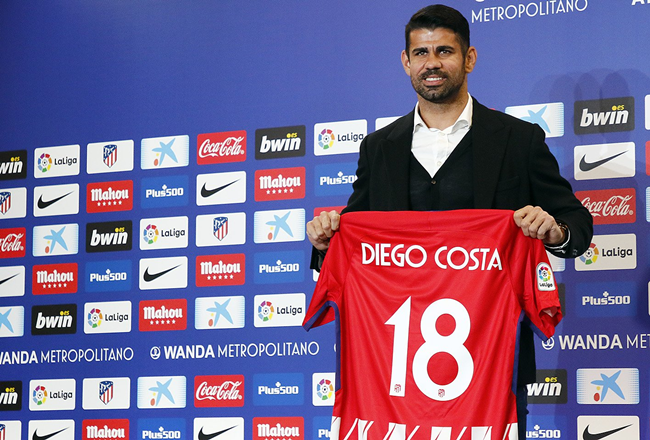 After lying dormant for the past three months, Diego Costa is finally free to start gnawing on defender’s shins again in a professional capacity.

The Sprazilian striker left Chelsea in a huff back in September and returned to his spiritual home, yomping around under Diego Simeone’s cutthroat tutelage at Atletico Madrid.

However, due to the club being under a transfer ban, Costa was forced to sit out and wait until the opening of the January transfer market to make his £58million transfer official.

Atletico formally welcomed Costa back into the fold today, unveiling him to the press along with fellow new signing Vitolo Machin, who has spent the last few months on loan at Las Palmas while waiting for the embargo to be lifted.

I really appreciate the effort of the club to (get me) here, I am eager to play and help the team.

And so, Diego is back at Atleti and all is well in the world again – right up until the next time he does something entirely awful.