With their team currently battling against relegation from League Two, Crewe Alexandra fans were buoyed to find that the club were bringing in January reinforcements to aid in their plight. 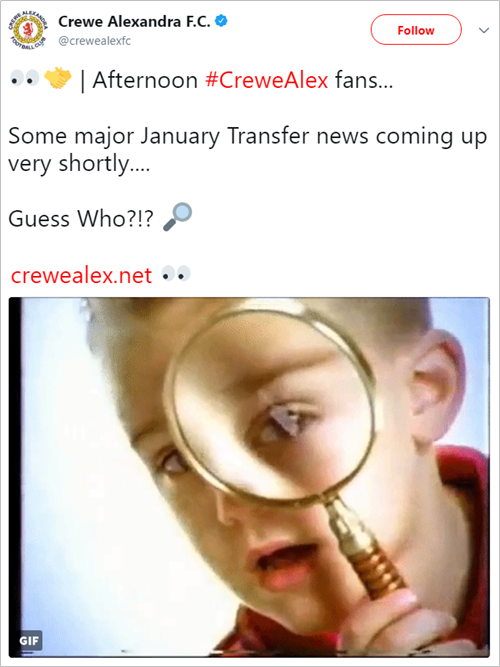 The ensuing update arrived just 13 minutes later, though it wasn’t quite as enthralling as most Crewe fans had hoped.

After the frankly odd fanfare, the Railwaymen went ahead and broke the disappointing news that promising young midfielder George Cooper, one of their most impressive players this season, had left to join League One Peterborough. 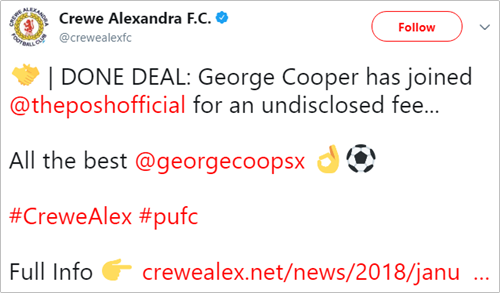 Understandably, a fair old number of Crewe fans were utterly agog that the club would build them up, Buttercup, just to let them down in such a ludicrous manner – as the majority of replies to the Cooper tweet duly attest…

Why on earth would you build up the fact you are selling our best player like this? This club is a joke! #CreweAlex #Relegation

Poor. A struggling club teases already despondent fans into thinking there’s a new signing then gets out the bunting and champagne about selling their star man

Why would you build it up in a positive manner and get the fan’s hopes up? It’s been a bad enough season as it is! #BackTheBoys More like #SackTheSocialTeam #Morons #CreweAlex

Seriously, what on earth were Crewe playing at with this one? Weirdos.