Barcelona have confirmed that this month will be Javier Mascherano’s last at the club, with a move to Hebei China Fortune set to take place within the next few days.

The Catalans have announced they will stage an “institutional farewell ceremony” for the 33-year-old at the Camp Nou on Wednesday so they can give him the big send-off he so richly deserves.

After signing from Liverpool for £20million in the summer of 2010, Mascherano went on to play a pivotal defensive role in the seven-and-a-half years of success that followed, winning five La Liga titles, four Copa Del Reys, three Spanish Supercopas, two Champions Leagues, two UEFA Super Cups and a couple of FIFA Club World Cups in the space of 334 appearances.

Oh, and one goal.

No wonder he was knackered by the end of it. 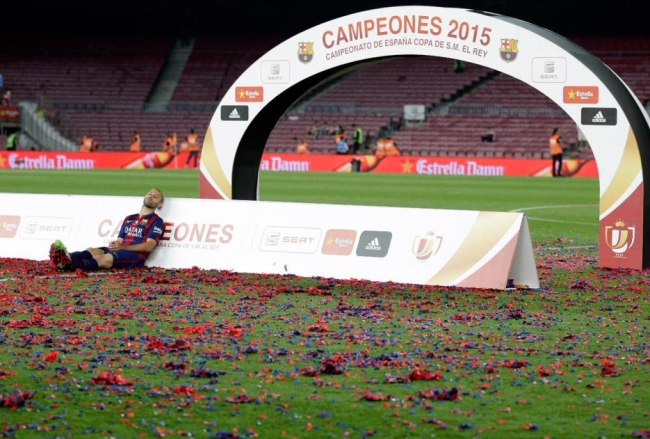 Mascherano is now set to join Manuel Pellegrini’s Hebei Fortune in a deal worth around €10million – Pellegrini being the coach who gave the then-19-year-old midfielder his professional debut for River Plate back in 2001. Weirdly, he’d already made his senior international debut for Argentina several months beforehand.

Here’s wishing El Jefecito a happy semi-retirement (before he returns for one last fling in Europe/Argentina in eight month’s time).