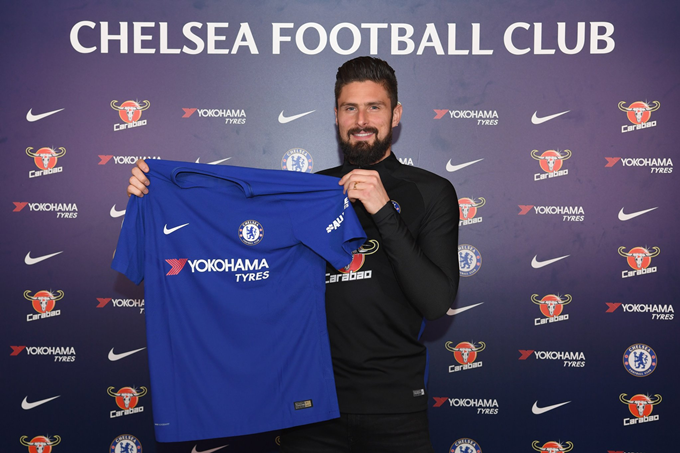 Doesn’t he look handsome in blue? Chelsea have completed the signing of Olivier Giroud from Arsenal and thus finally succeeded in their month-long quest to bag themselves a ‘big man’.

The French target man has signed an 18-month contract with the Blues, plus the option of a further year tagged onto the end. The fee involved is being reported as somewhere between £15-18million – a bargain in the current climate, we’re sure you’ll agree.

The deal has yet to be formally announced by either club, but the Blue Tick Brigade have spoken…

Olivier Giroud to Chelsea is now a done deal.

Giroud to Chelsea is done. Announcement coming up. #CFC

As per others – Giroud to Chelsea done

Honestly, we always found it baffling how unloved Giroud seemed to be at Arsenal, especially among the more spoiled-brattish section of their support. Of course he had his limitations, but he always gave it the beans, scored his fair share of goals (including some truly extraordinary efforts) and never once griped as he gradually slid out of the first-team picture.

While Chelsea aren’t getting themselves an Edin Dzeko, Giroud is a fantastic, relatively thrifty alternative who is well-suited to the Premier League, consistently makes an impact off the bench, is already settled in the city and has a World Cup place to play for. Hold tight for bullet headers and near-post finishes galore!

Not to mention the fact that Antonio Conte has also relieved Arsenal of their sole ‘Plan B’ option.

Lovely bit of business after all that Peter Crouch/Andy Carroll/Ashley Barnes nonsense.