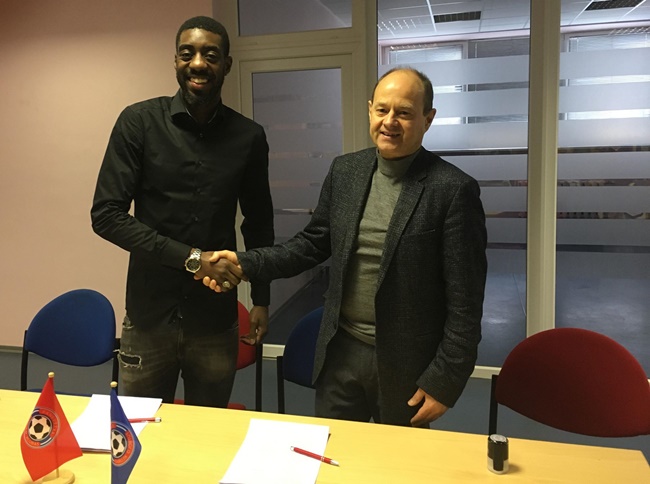 Here’s hoping Lithuanian side FK Panevezys don’t end up with a case of buyer’s remorse after buying a player on the strength of what appears to be a largely fabricated Wikipedia page.

The second-tier club proudly announced the arrival of Angolan striker Barkley Miguel-Panzo after agreeing a contract with the ‘former QPR striker’.

Unfortunately, it was quickly pointed out that Panzo has never once played for QPR, let alone scoring 45 goals in 36 games for them between 2010 and 2012 as Panevezys claimed while welcoming the forward on their official website.

The stats were pulled from the 25-year-old’s Wikipedia page, where it’s also claimed he left the Hoops to join a succession of French lower-league teams before scoring six goals in 21 appearances for US Orleans in Ligue 2 last season.

In fairness, he did play for Orleans, but only in their reserve team.

Incredible story in Lithuanian football. 2nd division side Panevėžys have signed Barkley Minguel-Panzo and seemed to believe in his fake story. His Wikipedia page states he scored 45 goals in 36 matches for Queens Park Rangers. He actually never played for them. pic.twitter.com/I1eMPNIeGO

The altogether more reliable Transfermarkt list Woking FC as Panzo’s sole English employers (in 2012), with two short spells in the Swedish third division with Syrianska and Oskarshamn being the last two stops in his nomadic career to date.

Panevezys also proudly chirruped that Panzo made three appearances for the Angola national team during the 2017 Africa Cup of Nations qualifying campaign, which has also been found to be complete tosh following a cursory look at the official records.

The Wikipedia page in question is here, but it’s since been gutted of all pertinent ‘information’ – including a strange boast that the striker recently “signed a sponsorship deal with Swedish watch company Daniel Wellington”, which also appears to be utter bobbins.

Nobody is suggesting Panzo himself has fibbed about his credentials or is guilty of any wrongdoing, rather that Panevezys seem to adopted a curiously nonchalant approach to due diligence with his transfer.

Still, they’ve made deciding the winner of the 2018 Ali Dia Award for Creative Curriculum Vitae Embellishment an extremely straightforward task.