What with him being one of their biggest cash cows in the footballing realm, it shouldn’t come as much of a surprise to learn that Nike have significant influence on where Neymar plays his football.

Brazilian outlet UOL Esportes claim to have stumbled across the 10-year endorsement deal that Neymar signed with Nike shortly before he joined Barcelona (a Nike team) back in 2011.

The small print therein reveals that Neymar is only entitled to the full stipulated amount of sponsorship money if he plays for a ‘Category A’ team, with his earnings dropping dramatically from that tier down. 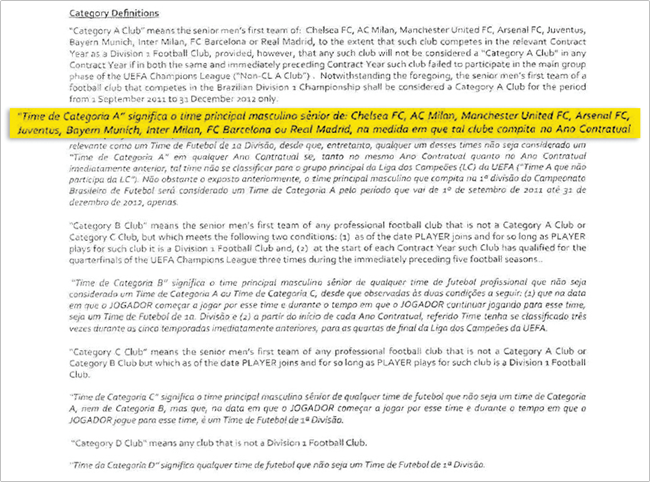 As per the contract, the nine clubs identified by Nike as being ‘Category A’ at the time were Chelsea, Milan, Manchester United, Arsenal, Juventus, Bayern Munich, Inter Milan, Real Madrid and Barca.

UOL mention that the definitions are likely to have been changed and amended every year since according to any given club’s marketing potential, with the likes of Milan (Adidas) and Arsenal (Puma) probably replaced by the likes of… say, PSG and Man City (both Nike).

Of course, players around the world have similar small print written into their endorsement deals, but Neymar’s little caveats do offer a telling glimpse into the sway the likes of Nike and Adidas have on the elite echelons of the business – and it is a business.