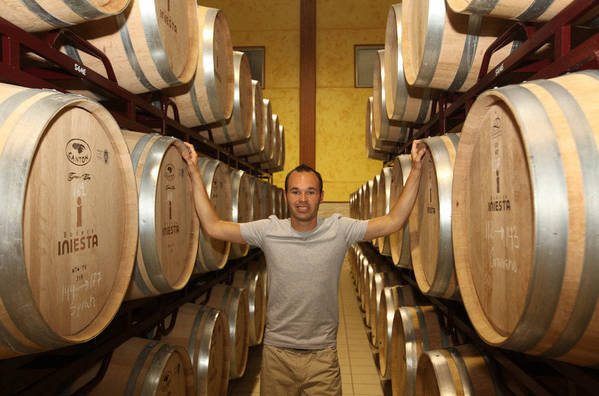 In a somewhat depressing turn of events, it looks like Andres Iniesta is set to end his impeccable 22-year association with Barcelona at the end of the season.

The 33-year-old’s contract is up at the end of June and, with a new deal looking unlikely, it’s being reported that Iniesta plans to formally announce his departure after the Copa Del Rey final on 21st April.

Speaking after Barca’s 2-1 win over Valencia at the weekend, Iniesta himself told the press that he’s “already decided” on his next course of action.

There were whispers of retirement initially, but now it seems the smart money is on the midfielder seeing out his playing days in the lucrative Elysian Fields of the Chinese Super League, with several clubs said to be vying for his services.

According to MARCA, Iniesta’s business interests stand to play a big role in any move, with his Bodega Iniesta wine company said to be a key aspect of negotiations.

A big part of Iniesta’s contract in the Far East will involve plans to advertise his product (wine) in a burgeoning market and this serves as further evidence that the Spaniard has big plans that extend well beyond the Chinese Super League.

Apparently, according to MARCA’s sources, Bodega Iniesta, which was founded in 2010 in the Barcelona star’s hometown of Fuentealbilla, exported over two million bottles of wine to China last year and the company is keen to up the ante.

A quick and easy way to do so would be to plonk (pun intended) their main man out in China to help drive sales.

Quite honestly, we could not think of an end less fitting to a footballing career as brilliant and illustrious as Iniesta’s, but market forces are market forces and they wait for no man.