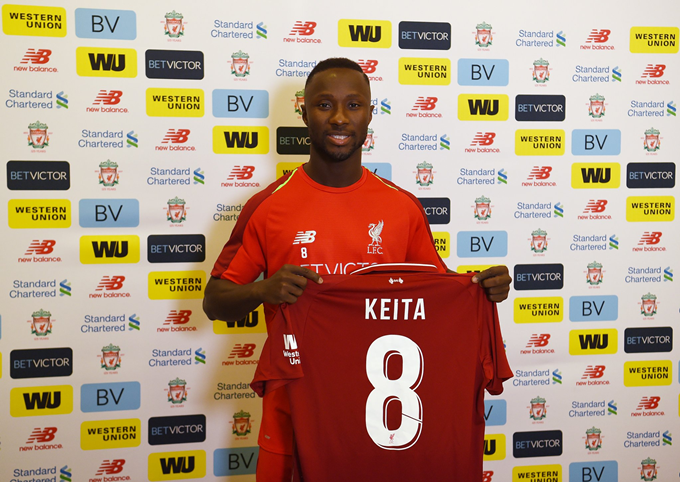 Liverpool have confirmed that Naby Keita will officially take over the No.8 shirt from Steven Gerrard when the Guinean midfielder completes his £50-odd-million transfer from RB Leipzig on Sunday (1st July).

The iconic jersey has remained vacant since Gerrard departed for LA Galaxy in 2015, but the man himself was on hand at Melwood to ceremonially pass the torch, as it were, when Keita first visited the Reds’ training complex last August… 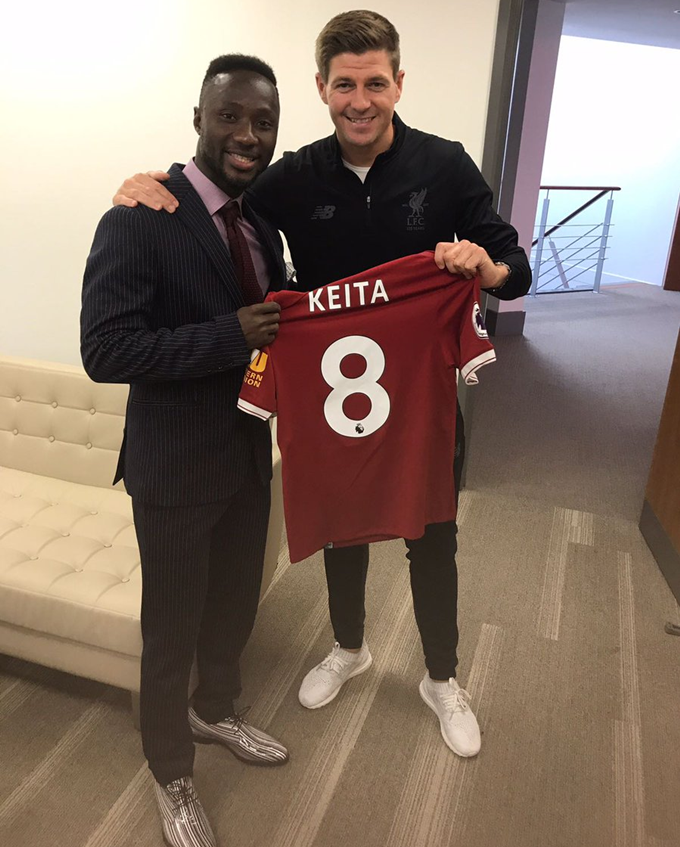 Speaking to Liverpool’s official website, Keita revealed that he was absolutely delighted to receive the No.8 shirt from its most famous denizen.

It was an incredible day for me. He gave me the No.8 jersey. When it happened, it was a surprise and I didn’t expect it.

When he came in, I looked at him and said, ‘wow’ because he is a legend. He is somebody who always showed respect, who gave his all on the pitch, somebody who is loved here.

If somebody like that gives you his shirt number, it’s not to play around with, it is to try and do as much as he did – that’s my motivation.

Of course, we should mention that Liverpool’s No.8 jersey isn’t the sole property of Gerrard, with other such luminaries as Emile Heskey, Jamie Redknapp, Ronny Rosenthal and Barry Venison lending it further substantial clout.

Here’s hoping Keita can cope with that kind of pressure.