While the summer transfer toss tends to get damped down a bit when there’s a tournament on, you’ve probably noticed that a rather large rumour is gathering momentum outside of the World Cup bubble.

It would seem Juventus are testing the waters ahead of a potentially massive power play that would see them pluck Cristiano Ronaldo from Real Madrid’s clutches.

The latest we’ve heard is that Los Blancos are reportedly “considering” an offer of €100million for the 33-year-old, but any actual detail beyond that has been spurious at best.

Still, that hasn’t stopped some fans, giddy on gossip, from going out there and getting their ‘Ronaldo No.7’ Juve shirts printed up in preparation… 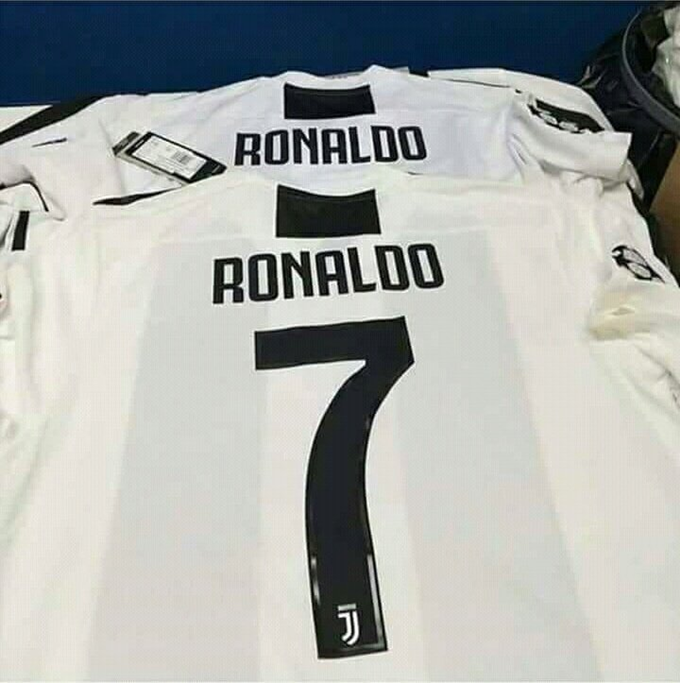 Crikey. Whatever the Italian version of ‘jumping the gun’ is, this is it.

Lest we remind these people that we’ve reached this kind of impasse several times before with Ronaldo and it usually ends up with him signing a substantial new contract at the Bernabeu with his salary freshly doubled.

Hold off putting the replica shirts into mass production for a few more weeks, at the very least.