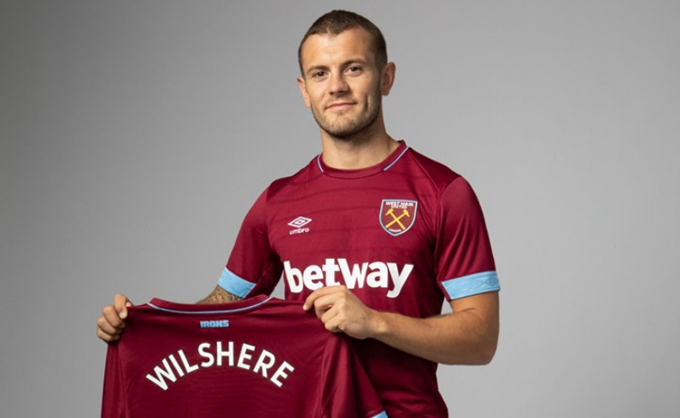 What do you know? The Twitter sleuths were right! Jack Wilshere has officially signed for West Ham on a three-year contract.

Thus ends the midfielder’s 17-year association with Arsenal, the club he signed for in 2001 as a nine-year-old.

Still only 26 but stymied by injury upon injury, this feels like the right move at the right time for Wilshere – sort of like a transfer that was always seemed destined to happen at some point.

He’s steadily getting back to form, but that little flash of magic, the imperious edge just isn’t strong enough to command a regular place in a tippy top side with the very highest ambitions any more.

Of course, Wilshere coupled with Mark Noble is the most ‘Bulldog breed’ midfield partnership of our age and should result in plenty of shouting and steaming around, the former is almost certain to add a dash of elegance to proceedings – till he’s ruled out for the rest of the season in November, anyway.