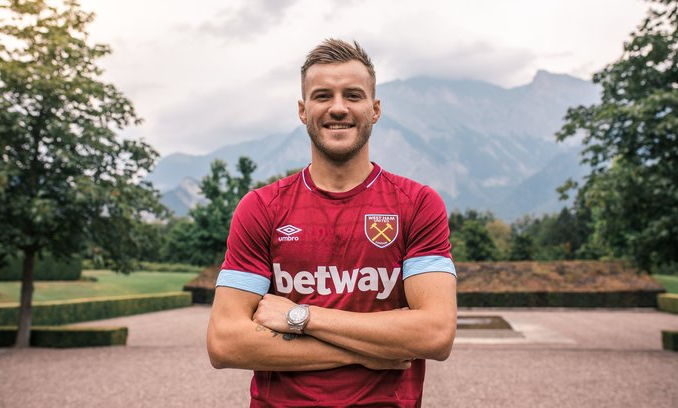 West Ham have succeeded where the likes of Liverpool, Everton and AC Milan have all failed in the past by signing the elusive Andriy Yarmolenko.

A near-constant in the gossip columns for the past four or five years at least, the Ukranian has finally arrived in the Premier League – moving to the Hammers from Borussia Dortmund for the princely sum of £17.5million.

Yarmolenko, who has signed a four-year contract at the London Stadium, had these opening pleasantries to dispense on West Ham’s official website:

West Ham is a big club with good fans and I am happy to come to play in the Premier League.

The Premier League is the best league in the world and I know that an interesting project is being built here at West Ham.

The team wants to achieve high things and I am excited for this challenge.

The Ukraine international is not dissimilar to Marco Arnautovic in that he’s a quick, physical winger with a decent goal return to his name.

Whisper it, but with Jack Wilshere, Ryan Fredricks, Lukasz Fabianski, Issa Diop, Yarmolenko and (imminently) Felipe Anderson all on board, the Hammers are actually doing some decent, considered business this summer.

There really is a first time for everything.