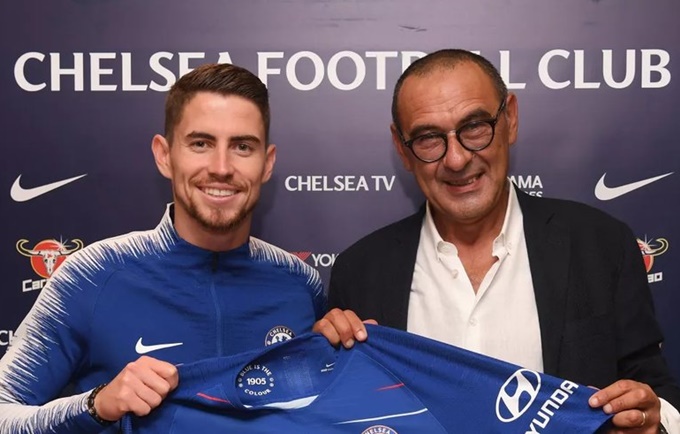 Chelsea have dropped the first £57million of Maurizio Sarri’s tenure to sign Jorginho from their new gaffer’s old club, Napoli.

The Brazilian-born Italy international has agreed a five-year contract on the very same day Sarri did likewise at Stamford Bridge.

Just last week, it looked like Man City were in pole position to sign Jorginho, with a £50million transfer widely reported to be in the offing. The player’s agent Joao Santos even gave City his assurance that the deal would go through.

“Manchester City are working to close the deal with Napoli – any moment could be the right one,” Santos told an Italian radio station.

However, Chelsea then swept in with the promise of a reunion with Sarri and an extra £7million to grease the wheels in their favour. City were unwilling to up their offer, and – lo and behold – Jorginho will be wearing the No.5 shirt at the Blues next season.

Easy as you like, assuming you’ve got millions of pounds to slosh around willy-nilly.