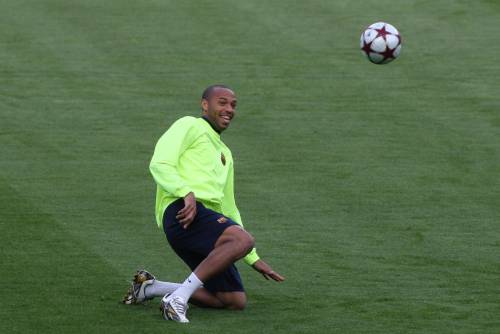 It’s yet to be confirmed by the player or the two clubs in question, but there are strong rumours circulating this morning that Barcelona striker Thierry Henry has signed a pre-contract agreement with New York Red Bulls, that will see the former Arsenal forward move stateside when the MLS transfer window re-opens in July.

Henry has fallen behind Zlatan Ibrahimovic and the emerging Pedro in the pecking order at the Catalan giants this season, managing only 15 league appearances, and Barcelona president Joan Laporta recently told the 32-year-old Frenchman that he was free to leave the club this summer.

Should the rumours be confirmed, I can’t help feeling that this move is coming far too soon in Henry’s career. He undoubtedly still has the quality to play in the Premier League for a least a couple more seasons, and I wouldn’t be surprised if we see a David-Beckham-style-loan-back-to-Europe situation develop in a few months time.

Anyway, if he is set to semi-retire in Yanksville next season – then we’ll always have the memories of when he was fab…