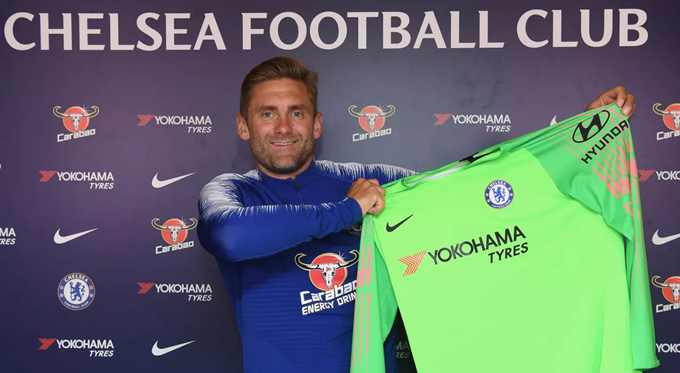 Slipstreaming in behind their £50million acquisition of Jorginho from Napoli, Chelsea have made their second signing of the summer by bringing in Rob Green from 2008.

Green spent last year at Huddersfield Town but was cut adrift at the end of the season.

The 38-year-old former England goalkeeper has signed a one-year contract with the Blues and will take the all-important third-choice role behind Thibaut Courtois and Willy Caballero in the pecking order.

It’s been a crazy few days but I am incredibly excited to have joined one of the biggest clubs in world football in @ChelseaFC . To have this opportunity at this stage of my career is something truly special, and I can’t wait to get started now. Thanks to everyone for the support

Think Richard Wright at Man City, Stuart Taylor at Man City, Lee Grant at Manchester United – a tactical, cheap, ‘home grown’ auxiliary squad member who is experienced enough to help out in training but is in no real danger of ever having to play.

It’s the equivalent of spending the last year of your career raking it in out in China, but for select British goalkeepers.

Nice work if you can get it.