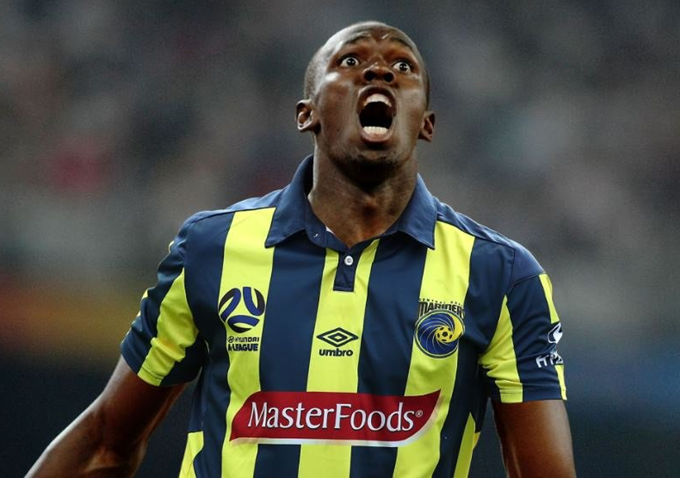 It’s offical. Usain Bolt has signed on with the Central Coast Mariners for what the A League club are calling an “indefinite training period”.

A fortnight or so ago, it was rumoured that Bolt would be joining the Mariners on a six-week trial while they sussed out whether a “season-long affair” was viable.

It transpires that the Jamaican sprinter’s arrangement with the Mariners is a little less formal, with the club confirming that the 31-year-old will be training with them without a “make-or-break appraisal” set to trigger at a pre-arranged juncture.

We’re set to welcome @usainbolt to @CCMariners for an indefinite training period. Let’s hear from the world’s fastest man.

This from the Daily Telegraph Australia:

If [Bolt is] up to scratch a decision will be made on whether he’s ready to play in some unusually lucrative pre-season matches — it’s understood a couple of potential such games have been flagged.

However the club is loath to give the impression they have blindly signed Bolt without properly evaluating his footballing capabilities.