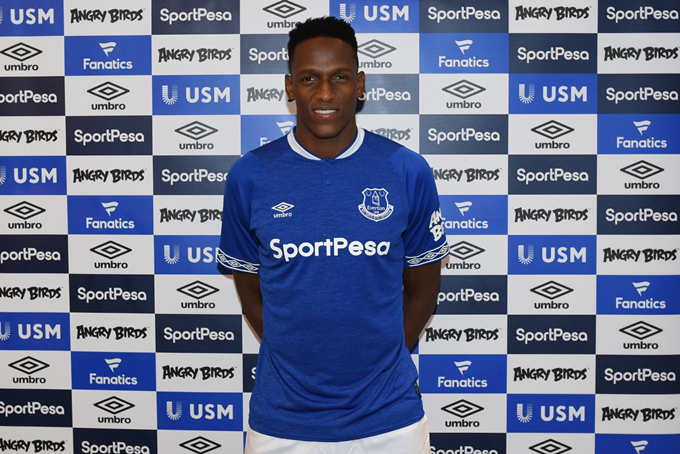 Everton have wrapped up what proved to be a highly active transfer deadline day by confirming that both Yerry Mina and Andre Gomes have joined the club from Barcelona.

Mina has signed on a permanent five-year deal worth €30million (approx £27.2million), while Portugal international Gomes has arrived at Goodison on a one-season loan.

🙌 | We can confirm Yerry Mina and Andre Gomes have joined the Blues from @FCBarcelona! 💙

Faced with the prospect of starting the season with just Phil Jagielka and Michael Keane as his senior centre-backs, Marco Silva was worked wonders to deliver Mina given the long queue of potential suitors (Manchester United being among them) reported to be pursuing the Colombian.

Earlier in the day, the Toffees snagged Bernard on a four-year contract, the Brazilian winger being a free agent after leaving Shakhtar Donetsk when his contract elapsed at the end of last season…

🇧🇷 | Bernard signs a four-year contract with the Blues!

In the immortal words of one Larry David: preeeetty… preeeeetty… pretty good.