Arsenal fans underwhelmed at the prospect of a 35-year-old Yaya Toure signing for your club can stand down, as it would appear the Ivorian midfielder is close to re-joining former club Olympiakos.

The rumour mill creaked into mild fervour when the ex-Man City midfielder’s agent, the inimitable Dimitri Seluk, announced via social media that his client had “passed a medical in London” ahead of an impending free transfer.

With Seluk duly ruling out Crystal Palace and West Ham in subsequent tweets, the Gunners were quickly installed ahead as the most likely destination, with supporters deliberating on the wisdom of adding an expensive, ageing central midfielder to their squad. 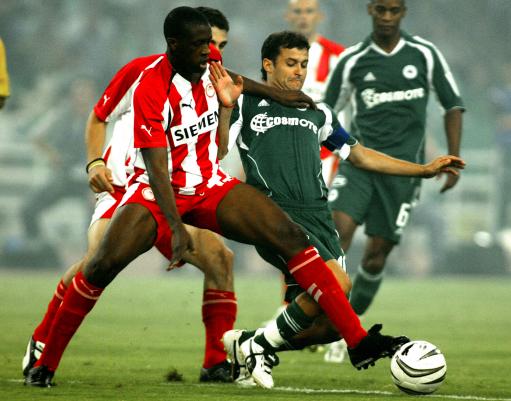 However, the Times are now reporting that while his medical did take place in London, Toure is actually on the brink of sealing a move back to Olympiakos – the club he first joined as a youngster in 2005 following a brief trial at Arsenal.

Toure then played 29 times for the Greek side in 2005/06 (scoring thrice) before moving onto Monaco the following season.

That said, nothing is official until we see him getting swamped in the arrivals lounge at Athens International Airport.