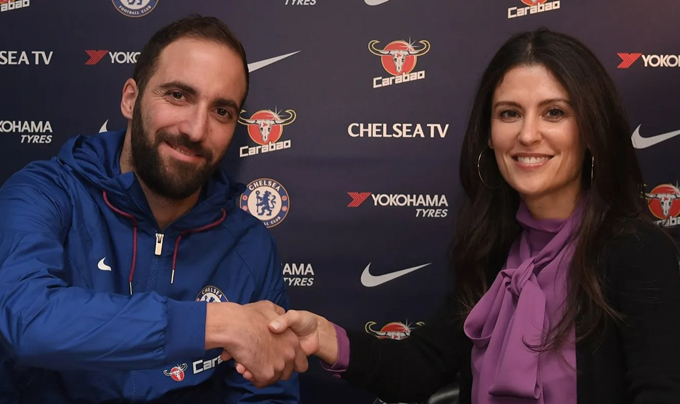 Chelsea have completed a deal to sign Gonzalo Higuain on loan from Juventus for the rest of the season.

Higuain spent the first half of the 2018/19 season on loan at AC Milan, but that has now been brought to a premature conclusion to allow him to be reunited with former manager Maurizio Sarri at Stamford Bridge.

The Argentinian striker will not be available to play against Tottenham in Thursday night’s Carabao Cup semi-final as the deal went through after the requisite deadline (midnight on Tuesday).

Welcome to London and welcome to Chelsea, @G_Higuain! 🙌#HiguaIN pic.twitter.com/DMJN7z8YOL

Higuain previously played under Sarri at Napoli in 2015/16, when he scored 36 league goals to finish as top scorer in Serie A.

Things have dwindled slightly since then but the Blues manager seems confident that the 31-year-old is the man to wrest that poison chalice of a central striking role. He’s a better predatory finisher than Alvaro Morata, but he still needs good service – which seems to be in short supply at the Bridge.

On that note, Morata is now expected to move to Atletico Madrid for the remainder of the campaign with a €45million option to buy tacked on.