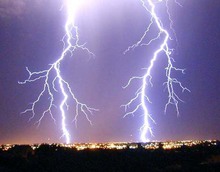 In the messy wake of the Tevcherano affair, many non-West Ham fans would love to see the cheeky cockneys go down this season. The chances of that happening are slim, I’d say, but at least God is doing his best and striking down their new players before they’ve even had a chance to pull on a claret-and-blue shirt. The ink had hardly dried on the bumper contracts of Matthew Upson and Lucas Neill when they were both crocked, and now Julien Faubert is out for no less than six months, having ruptured his Achilles tendon during a pre-season friendly against Czech side Sigma Olomouc.
The 23-year-old French midfielder joined the Hammers from Bordeaux for Â£6m on 1 July. God does move fast these days. And Raymond Domenech was right: Faubert was clearly ‘unspeakably stupid’ to join West Ham.