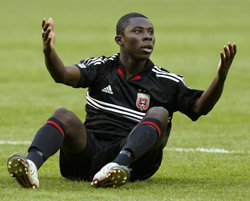 Remember Freddy Adu? The US child star who had most of Europeâ€™s top clubs clamouring for his attention when he was just 14. Well, four years on and heâ€™s just signed for Portuguese side Benfica for a reported fee of around Â£1m.
Thatâ€™s probably less than his first sponsorship deal and comes after a failed trial at Man United and lack of interest from Celtic. Does this mean that US soccer no longer has a future or will he come good eventually?
And, what does it say about the MLS if its brightest young talent thinks he can improve more in one of Europe’s lower leagues?