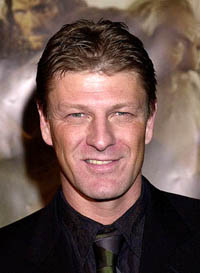 Sean Bean has given a Sharpe response to Neil Warnockâ€™s accusations that the film star and Blades fanatic upset his family with a foul-mouthed tirade after last seasonâ€™s relegation.
In todayâ€™s Sun, the grisly-faced actor said, â€œThe story Warnock tells is not the one that I remember and I was there. But perhaps when you spend so much time rehearsing to get picked for Strictly Come Dancing it affects your memory.â€
Bean, who has never been Warnockâ€™s No. 1 fan also accused the former manger of hypocrisy, self-promotion and under achievement, leaving the final parting shot, â€œA lot of Blades refer to him by his anagram, â€˜Colin Wankerâ€™ â€“ and when he comes out with this rubbish itâ€™s easy to see why.â€
Ouch! But who’s the real bad guy?