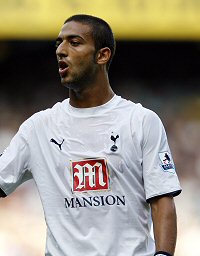 In one of the most surprising transfers yet this season, overweight Spurs striker Mido has joined underachieving (in the Prem at least) Sunderland for a fee of Â£6m.
On paper, it looks like a personality clash of the titans between Keanoâ€™s never say die team approach and Midoâ€™s lethargic, self-absorbed attitude. But, although the Egyptian front man has had numerous run ins with former coaches, if anyone can whip him into shape surely Keane can.
The Black Cats havenâ€™t had much luck with close season signings so â€“ is this an act of desperation or inspiration?