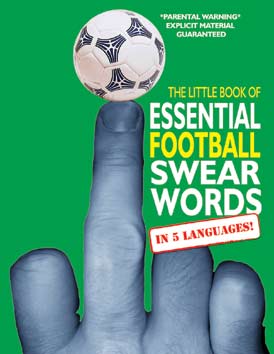 There is nothing quite like venting spleen at a football match. In fact, you could argue that watching your team for 90 minutes is enough to get 7 days worth of venom out of your body, leaving you cool and placid for the rest of the week. Well, do that in China and you could spend a night in the clink.
Worried that loutish behaviour will shame the nation during next year’s Beijing Olympics, police are threatening to detain fans who swear at a football match in the capital this weekend, as a way of stamping out the habit. Police will be positioned at each stand filming the crowd at Sunday’s Barcelona versus Beijing Guoan match, looking for evidence of swearing, fighting or throwing trash. “It is just way out of line to have 30,000 people shouting and swearing en masse,” police spokesman Liu Chunjiang was quoted as saying. “What we are trying to do is to give the right guidance in how to view a football match, not to impose anything on the spectators.” Is this fair? Is it likely to work?

Having never been to a sporting event in China, I cannot guess what the fans are like. I know for a fact that something like this would never ever work in Europe. Football is just too gripping and engrossing. Most footy fans would explode if they weren’t able to hurl abuse at the ref. It’s not only a night in the cells on offer. In addition to being detained, badly behaved fans may be banned for 12 months from attending a football match.
The police will use Sunday’s match, which is expected to attract 30,000 fans, as a “drill for next year’s Olympics”, Liu added. The Guardian reports that Beijingers are well-known in China for their willingness to inject particularly earthy expressions into their everyday speech. The government is worried that swearing and other “uncultured” behaviour like spitting in public and pushing will embarrass the country at next year’s Olympics, and has been running campaigns to get people to be more “civilised”.
It is surely too much to ask? You can’t expect football fans to be civilised! That’s the point of the beautiful game. If this is something that is picked up around the world, then we’ll end up with polite ripples of applause after every goal. In fact, we’ll end up with a weekly Wimbledon tennis tournament. Jesus wept. What do you think?