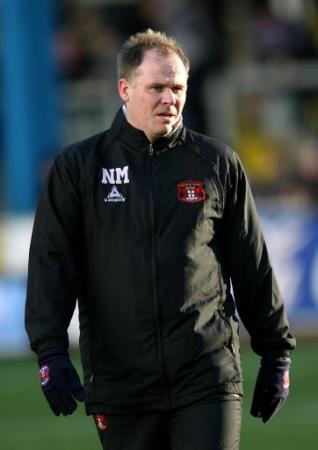 Unbelievable. Only one game into the new season, and Carlisle have already decided to part company with their manager Neil McDonald. McDonald, a former Everton player, took over from Paul Simpson at the start of last season after he left to take over at Preston, and guided the club to eighth in their first season back in League One.
United drew their first game of the new season on Saturday 1-1 at Walsall, but a statement on the club website, revealed: “The board of Carlisle United regret to say that they have lost confidence with Neil McDonald and are terminating his contract forthwith. They thank him for his hard work at the club and wish him all the best for his future career.”

McDonald admitted his shock after being dismissed, saying: “This is obviously a major surprise to me. I am absolutely amazed this has happened so early in the season but I am not prepared to say anything more at this point.”
Gregg Abbott, the club’s reserve team manager and first-team coach, has been appointed as the club’s caretaker manager and will take charge of the side tomorrow night for their Carling Cup first-round trip to Bury.