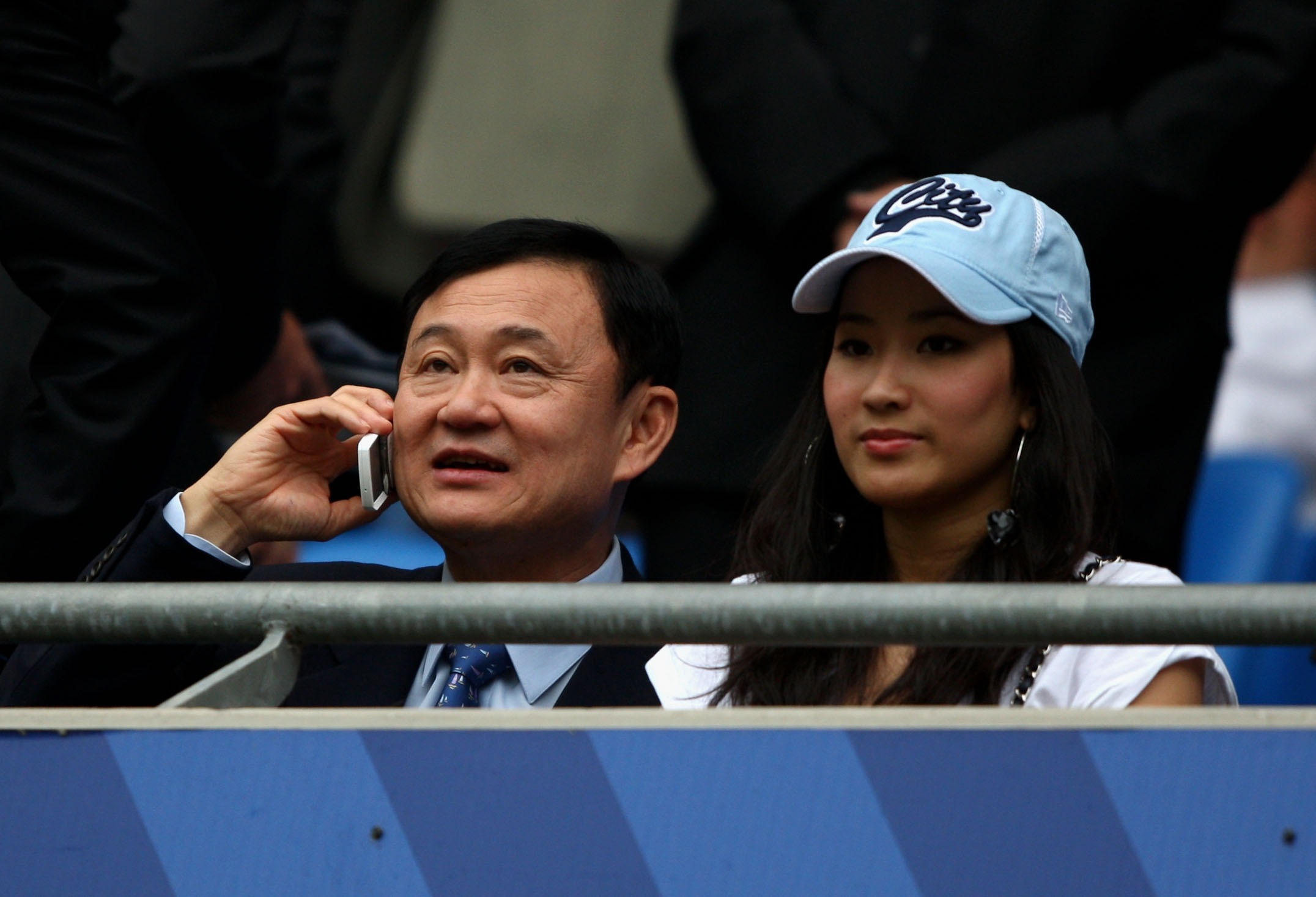 Thailand’s Supreme Court has issued a warrant for the arrest of ousted Prime Minister Thaksin Shinawatra, and Manchester City chairman, on corruption charges. Shinawatra failed to attend court in Bangkok as the court was to hear the first of a series of cases being brought against the former leader, who was ousted in a military coup last year.
The City owner had been ordered to appear at the hearing to listen to charges that he abused his power while in office, by helping his wife buy land from a state agency at a favourable price, however, Thaksin denies any wrongdoing and says the charges against him are politically motivated. What? Are they Man United fans? Could this spell trouble for City?

The former Thai Prime Minister, who has been living in self-imposed exile in England, bought City in the summer and installed ex-England boss Sven-Goran Eriksson as manager. Saturday, he watched City ease to a 2-0 victory over West Ham. A spokesman for Thaksin claimed the move was politically-motivated. He said: “No doubt this latest publicity stunt by the military government has nothing to do with the referendum on the constitution taking place later this week.” Thaksin issued a statement which said: “I am aware of the decision in Thailand. I shall consult with my legal advisers and make an announcement in due course.”
Thailand’s attorney-general and the prosecution have indicated that they could seek Mr Thaksin’s extradition from the UK if he does not turn up at the next hearing. If Mr Thaksin were to be convicted, the BBC report that the situation could could pose a problem for the English Premier League, as he might – as the new owner of Manchester City football club – be in breach of the League’s rules. It is unclear whether this could mean a points deduction or a fine. Whatever the outcome, this scenario doesn’t bode well for Man City.