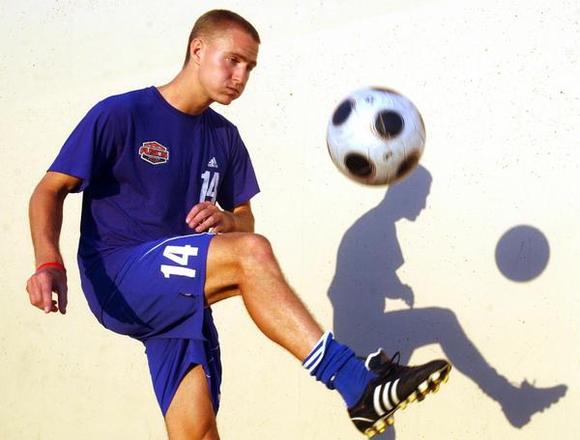 About a year ago, we told you the amazing story of Anton Peterlin, a young midfielder from the States who was signed by Everton after impressing on trial. Well, Peterlin’s Everton dream didn’t work out and he was released by the club in June 2010, without ever making a first-team appearance.

Now Peterlin is setting his sights a little lower. He’s currently on trial with Plymouth Argyle, after an invite by new manager Peter Reid, and according to his agent, a permanent deal is on the cards.

Barry McLean, who represents Peterlin, told MLSsoccer.com: “Something is happening with Anton. There’s a good chance he will sign with Plymouth. We are trying to work it out.”

Argyle have confirmed former stalwart defender Tony Capaldi is also training with the club following his release from Cardiff City, with a view to a return to Home Park.