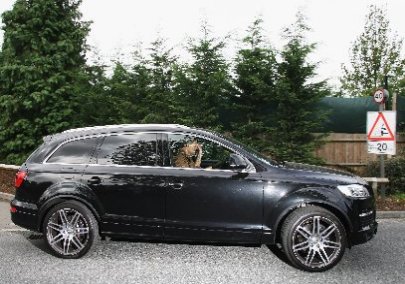 “Chelsea Football Club and JosÃ© Mourinho have agreed to part company today (Thursday) by mutual consent” There it is. Chelsea official statement on the departure of their talismanic manager JosÃ© Mourinho. Get the feeling it took them by surprise as much as it did to us? Normally, a football club wheels out the slickest PR machine to give a lengthy statement wishing everyone the best of luck and all that. 16 words for someone who landed 2 Premier League titles, 2 League Cups, an FA Cup, a Charity Shield and decent runs in the Champions League.
In his time at Chelsea, he steered his side to an English record for unbeaten league matches at home. 64 consecutive matches without defeat. He is, by far, Chelsea’s most successful manager. So why the sudden departure?

It’s clear to me that Mourinho is an impulsive man who will not be pushed. At the start of 2006 Mourinho said that he intended to leave Chelsea at the end of the 2006-7 season. He blamed this on his disappointment with the team’s performance and a power struggle with Frank Arnesen. More recently, he stated that there would only be two ways for him to leave Chelsea: if Chelsea do not offer him a new contract in June 2010, and if Chelsea sacks him.
It seems odd to think that this scenario is down to mere contract negotiations, so it all points to a power struggle. The signing of Andriy Shevchenko has left many speculating that Roman Abramovich was taking away some of Mourinho’s power and influence on his starting line-up. With the Ukrainian costing a massive Â£31m, transfer funds have been lacking. This has left the Portugese manager and his chairman at loggerheads. Mourinho’s reluctance to play Shevchenko and the Russian billionaire’s desire to bring in Grant from Portsmouth to work with the misfiring striker only served to heighten the tension. It seems, no-one picks Mourinho’s team.
I’m sure we’ll see a glowing tribute to The Special One later today. For now, mystery surrounds this news which will leave us all wondering whether he walked or whether he was unceremoniously shoved because he refused to tow the line. No matter what the reasons are, it will be very interesting to see if Chelsea can still provide a serious challenge for the title now Mourinho has gone.