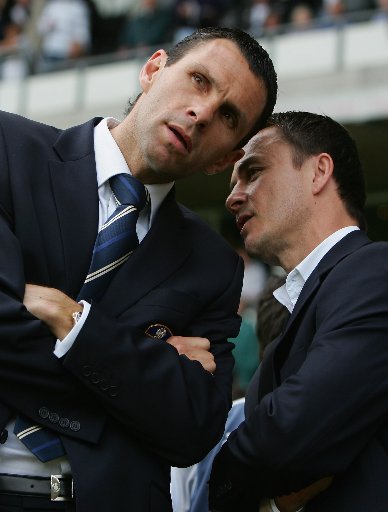 You can’t touch referees. Slap them, and they’ll slap you back twice as hard. Gus Poyet has found this out after the FA charged him for comments made towards Andy D’Urso following Leeds United‘s Carling Cup defeat against Portsmouth. The Leeds assistant manager accused the referee of a personal vendetta against himself and the head coach, Dennis Wise, dating back to their playing days after the 3-0 defeat in the second-round tie at Fratton Park in August.
Poyet spat “Andy D’Urso is not good enough for us and I don’t want to see him at a Leeds match again. He keeps laughing during games and doesn’t make any decisions. If there is something complicated in the box he never gives it. We had a bet with the fourth official who would get the first yellow card and of course it was us. He can’t forget things he has done to me and Dennis in the past. It is sad and it has happened again since we’ve been in management. It is too much. It is personal. He has sent me off before and that’s not hard, but when it is against the team it is not right.”
Is it harsh or does it serve him right?