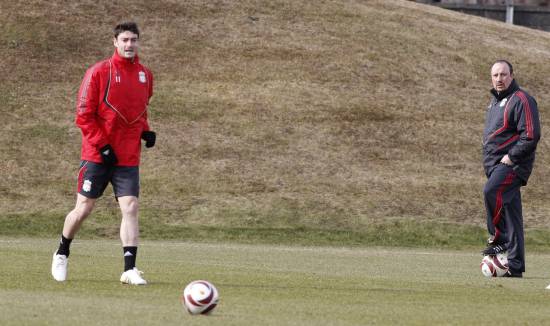 Those were the days my friend

Liverpool winger Albert Riera is expected to complete his long-overdue Anfield exit today by joining Greek side Olympiakos in a deal thought to be worth around £4.5 million.

The former Spanish international was greeted by thousands of Olympiakos fans at Athens airport yesterday, when he flew in to hammer out personal terms (a £2.1 million-a-year salary is being mooted) with the club.

Spartak Moscow offered Liverpool nearly £7 million for Riera in March (a bid that was rejected out of hand), so there’s a good indication of what four months of diddly can do to a player’s valuation.

Liverpool’s shrewd summer acquisitions (Joe Cole, Milan Jovanovic etc.) have garnered a lot of acclaim during the off-season, but the £9.5 million they have collectively recouped through the sales of Riera and Emiliano Insua is surely a work of borderline genius?