Today’s most interesting/ridiculous/made-up in the pub football stories: 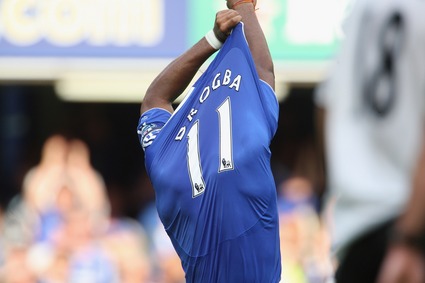 Spurs have lined up Blackburn boss Mark Hughes to replace Martin Jol, if the struggling North Londoners fail to win at home against Rovers on Sunday.
Will it happen? Not a chance. There’s no way Rovers will let Sparky go to Spurs â€“ and I’m confident Hughes himself would only leave Blackburn for one of the big four, or perhaps Barcelona. Via Telegraph
Bolton chairman Phil Gartside will make a third attempt to secure Gary Megson as Wanderers’ new manager, despite being denied permission to speak to him by Leicester.
Will it happen? Probably. Every man(ager) has his price, and if Megson wants an instant return to the Prem, then I can’t see how even the persuasive powers of Leicester’s Milan Mandaric can stop that. Via Daily Mail
Hernan Crespo has issued the tabloid-standard issue ‘Come and join me!’ plea to former Chelsea team-mate Didier Drogba. Crespo said: ‘Drogba is a wonderful player and I understand he could be leaving because Jose Mourinho is no longer there. If he can handle a bit of rotation, he would do well here at Inter.’
Will it happen? Unlikely. Although Drogba is a shameless mercenary, I think he will stay at Chelsea for at least another season. And if he does go, I predict that he’ll go to AC Milan instead. Via The Sun