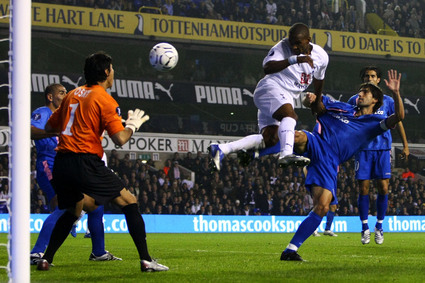 According to reports, Martin Jol was actually sacked before last night’s kick-off â€“ great timing, no? I doubt Jol’s mind was on the match as much as it should have been, and that was reflected in Spurs’ tepid performance. Getafe are in the bottom three of Spain’s Primera Liga, and so this should have been the ideal fixture for Jol to finish on a high. But despite having many chances, they could only score once, from a Jermain Defoe header.
Spurs fans chanted the ever-popular Jol’s name during the match, but no amount of support from the stands could save the affable Dutchman; Jol’s first-team coach, Chris Hughton, has also been sacked. I expect Sevilla coach Juande Ramos to be announced as Jol’s successor sometime next week, with former Spurs midfielder Gus Poyet as his number two.
Watch highlights of the match after the clickâ€¦
Photo Getty Images