MOST Liverpool fans really like Alberto Aquilani. They root for him, even though he is clearly not cut out for the Premier League.

Aquaman is talented but also wispish, fragile and ethereal. One might hope that £20m would buy you a player of slightly more substance.

Roy Hodgson has looked at Aquilani and decided he doesn’t fancy him, at least not in his first season in charge, when he needs can-do players. Or even no-can-do-but-I’ll-try-gaffer players, like poor Joe Cole. Right now, Aqua is a can’t-do player – the sight of him sat in the stands last night at Anfield told its own story: it wasn’t supposed to be like this. Me, replaced by a clogger like Poulsen. 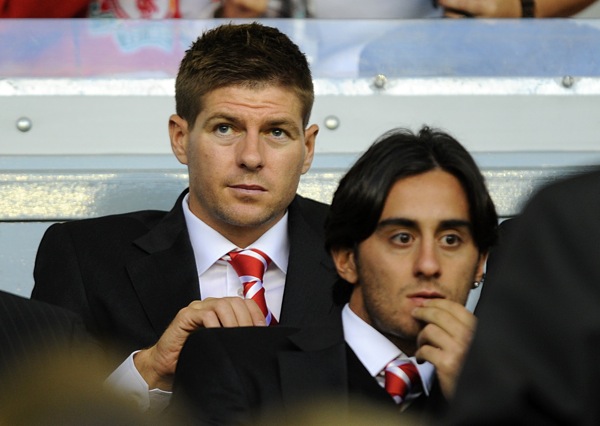 Hodgson says there is still a future for Aquilani, which I’m sure there is, but I can’t help but feel that if the Italian returns home, he’s not coming back.

“At the moment we are considering possibly loaning him to an Italian club, but nothing is sure about that yet so I don’t have anything definite to report,” Hodgson said.

“I didn’t want to use him (against Trabzonspor) just in case the loan goes through, because for Aquilani this year it’s very important that he plays regular football, every week, as the number-one man on the teamsheet.

“I can’t promise him that here, so if a loan move to Italy could help him in that respect it might be good for all parties.

“It would certainly be what he needs, it would certainly protect the value of the player and when he does return to Liverpool no doubt we will see the Aquilani that we signed before he came here injured last year.”

Time to give up on Aquilani, or is a loan deal exactly what he needs to restore his confidence?