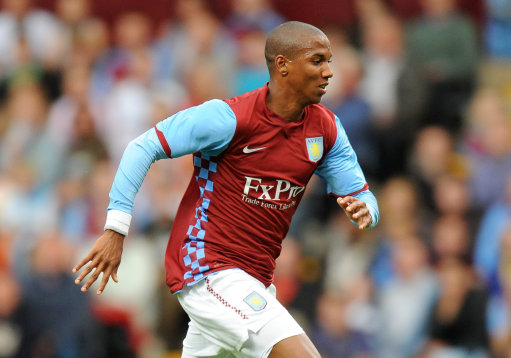 AFTER a long night of stress-wrought 2+2=2 calculations, The Daily Mirror have come to the pretty sensational EXCLUSIVE! conclusion that Tottenham will lodge a bid for Aston Villa’s tiny-headed winger Ashley Young this very morrow.

To be fair, the rag have done the decent thing and shown their workings, and it seems that the long and short of their deductions are based solely on the fact that Villa plopped out of Europe last night, whereas Spurs qualified for the Champions League by besting BSC Young Boys earlier in the week – thus igniting Young’s green-eyed ego.

Apparently Spurs boss Harry Redknapp wants to bring in £25-million-rated Young as his ‘marquee summer signing’ and will table an offer at some point during the next 12 hours.

Redknapp is also reportedly ready to offer Young a five-year, £70,000-a-week contract to help tempt him back to White Hart Lane, and will offer out-of-favour striker Robbie Keane to Villa in an attempt to lure them into parting with their prized forward.

What, pray tell, do you make of that then?