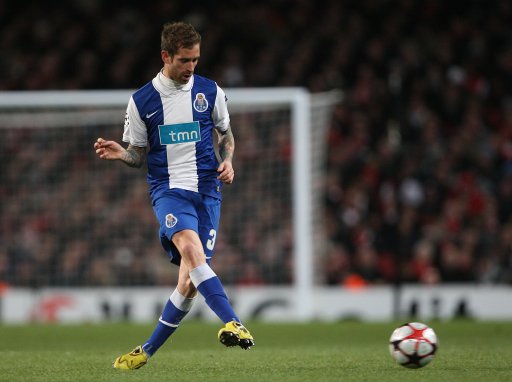 THAT didn’t take long! A day after Javier Mascherano finally waltzed through the exit door at Anfield, Liverpool are close to signing his direct replacement after agreeing a £10.7 million package with Porto for their wispy midfielder Raul Meireles.

The 27-year-old Portuguese international (who put in some tireless displays during the World Cup) is thought to have already agreed personal terms with the club and will sign, subject to passing a medical, at some point over the weekend.

As a ‘half-price’ replacement for Masch, the snaffling up of Meireles represents a pretty shrewd piece of business on Liverpool’s part. Manager Roy Hodgson is probably wishing that he’d kept hold of that £4-odd million he fluffed on Christian Poulsen now!

Meireles plays in a very similar vein to Mascherano in that he’s a yappy, combative midfielder and, although he’s not quite as adept as the Argentinian in the dark arts of destruction and is possibly not quite as imposing, he does display the kind of attacking instincts that Mascher the Basher simply doesn’t possess.