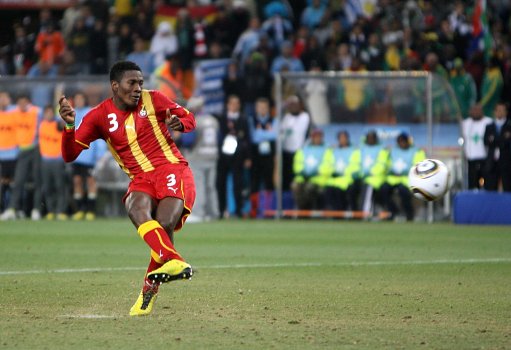 IT’S not quite official yet, but it’s a close as damn it. Ghana’s World Cup star Asamoah Gyan is currently on Wearside to rubber-stamp (i.e. pass a medical) his £12 million move from French side Rennes to Sunderland.

The signing of the 24-year-old striker, who notched three goals in South Africa this summer, has become a priority for Black Cats manager Steve Bruce, who saw his admittedly thin strike force further depleted by the sale of Kenwyne Jones to Stoke City earlier this month.