There’s nothing like a good transfer deadline day, and this is nothing like a good transfer deadline day. So far the highest profile switch we’ve witnessed is probably Birmingham’s snaffling of Barcelona flop Aleksander Hleb on a season’s loan, or maybe Fulham left-back Paul Konchesky joining Roy Hodgson‘s quiet revolution at Liverpool – although that particular deal had been on the cards for some time now. 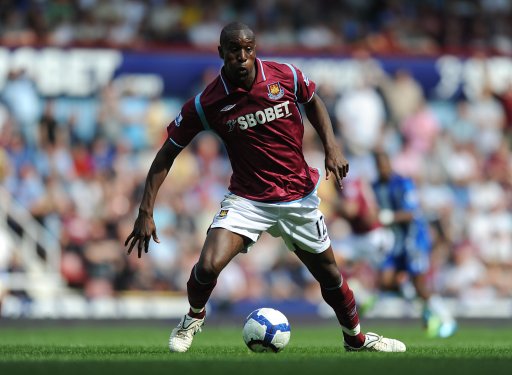 One rumour that has refused to go away over the course of the day is that West Ham target man Carlton Cole may be about to up-sticks and join Liverpool in a deal worth anything between £4 million and £8 million.

The transfer apparently hinges on whether or not Liverpool can successfully offload Ryan Babel, with both West Ham themselves and Tottenham being mooted as potential suitors.

Word on the wire is that Babel is currently hovering over London in a private helicopter flitting between the two clubs in an attempt to hammer (pun shamelessly intended) out a last-ditch end to his Anfield misery.

Of the two, White Hart Lane seems to be the more likely destination for the Dutchman, with a £9 million fee reportedly being fixed and negotiations over personal terms said to be underway.