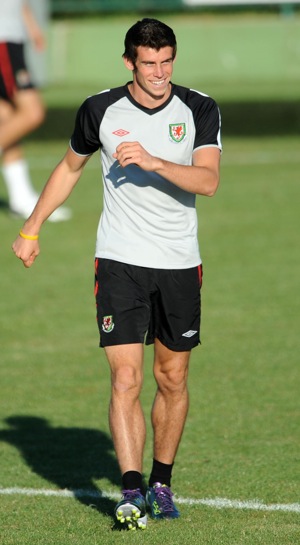 Tottenham dynamo Gareth Bale was the subject of a “big-money bid” over the summer, according to Wales manager John Toshack.

Toshack said: “It was a big-money bid – it’s big money to me anyway. You’ll have to ask Tottenham, they know about it.”

When pressed on the identity of the club, Toshack said: “I wouldn’t do that out of confidence for the people who have informed me.”

Toshack also said – tongue in cheek, I hope – that Harry Redknapp should not claim any credit for Bale’s stunning progress in the last six months, saying: “Two years ago when we started the World Cup qualifying campaign, the first three matches Bale was named man of the match against Azerbaijan, Russia and Liechtenstein.

“I know Harry thinks he has performed some kind of miracle at White Hart Lane but it is certainly not a surprise to us. We know full well what Gareth can do.”

Er, as far as I can tell, Harry doesn’t think anything of the sort. What Tosh.

Anyway, Tosh has a big mouth – we all know that. But which club do you think bid for Bale? As Toshack is the former manager of Real Madrid, it makes sense that he would still be in contact with the club, so… was it Real? If so, Spurs kept it very, very quiet.