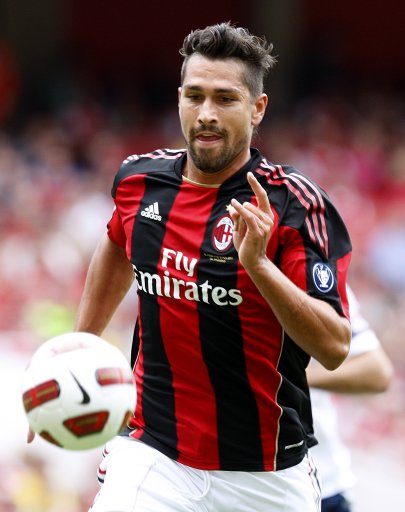 BOTH Manchester City and Real Madrid were in the hunt for former AC Milan striker Marco Borriello on transfer deadline day, according to his agent Tiberio Cavalleri;

“It could have ended differently. On Monday, I had a call from [Manchester City coach] Roberto Mancini saying he wanted [Borriello] to go to Manchester City.

“On Tuesday, Real Madrid made an approach but then [Karim] Benzema said no to a move to Marseille and that’s when Roma came into the picture.”

Given the other more lucrative options, it’s perhaps fairly surprising that Borreillo opted to join Roma on a season-long loan deal after turning down a similar offer from Juventus, but it would seem that two of Europe’s biggest spending clubs just weren’t able to prise the often-average forward away from his homeland with their promises of infinite riches.