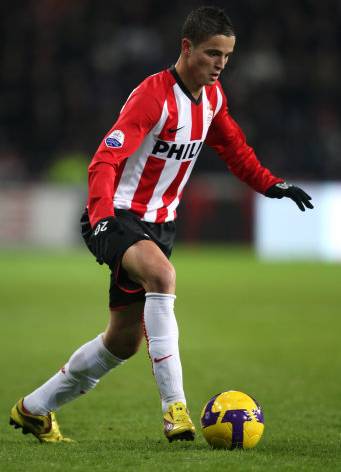 Highly-rated PSV midfielder Ibrahim Afellay has revealed that he turned down a summer move to Everton as he ‘didn’t like the feel of the club’.

The 24-year-old has long been linked with a move away from the Philips Stadion and was again the subject of intense speculation over the close season, with many reports suggesting that he was Premier League-bound – but the 24-year-old is making no secret of the fact that he is holding out for a dream move to Spain;

“There were several clubs that tried to sign me this summer. Hamburg and Everton wanted me, but there has to be a good feeling with a club, and that was not the case, so I decided to stay at PSV.

“I’ve been told on more than one occasion that I’m aiming too high, but I don’t care about that. I’d prefer to move to Spain. The Primera Division is a great league and Valencia, Sevilla and Atletico Madrid are all good teams.

My colleagues in the Netherlands national side have told me about Spain and I’d be happy to play there.”