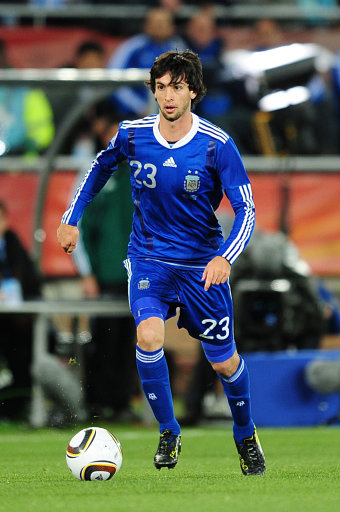 Manchester City are reportedly already drawing up plans to rid themselves of yet more of their meaningless millions in January, by beating Spanish powerhouses Barcelona and Real Madrid to the signing of Palermo’s Argentine starlet Javier Pastore.

According to this morning’s Gazzetta dello Sport, City have been targeting Pastore – dubbed ‘The Argentinian Kaka’ – for some time, but have been told by Palermo president Maurizio Zamperini that they will have to stump up €50 million (£41 million) if they are serious about snagging the 21-year-old playmaker.

Zamperini is apparently chasing the big bucks as Palermo owe a third-party agency around €12m as part of the deal that originally took Pastore to the Rosanero from Huracan last season.