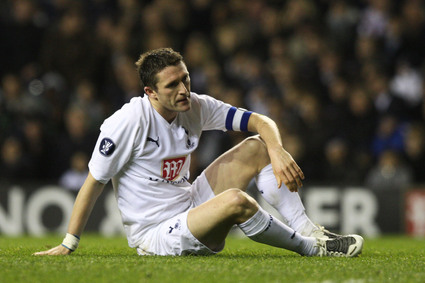 Hmm, not quite the romp for Spurs I had imagined before the match. Aalborg scored within two minutes (I chuckled when that happened) and then again on 37 minutes (I didn’t chuckle when that happened) but a rousing second-half performance from was just enough to get the ‘Yids’ (in inverted commas, to placate the politically correct brigade) out of jail. Here’s what I learnt from the match:
No.1 Juande Ramos had his managerial cojones jiggled, but he stood strong and didn’t panic when Spurs went 2-0 down. His reshuffle â€“ Darren Bent on for defender Lee Young-Pyo, and Tom Huddlestone on for Jermaine Jenas â€“ did the trick. That half-time perioid was Ramos’s first major test as Spurs boss â€“ he passed.
No.2 Uefa has to change the format of this competition – five in a group but the top three progress? Ridiculous, and just an excuse for more unnecessary matches.
No.3 Why do all home fans have to boo their team at half-time these days if they are behind â€“ when the result is not yet decided? Yes, Spurs were losing after 45 minutes, but come on, how about a few rousing chants instead to encourage them? Today’s blame culture sucks.

Watch the highlights after the clickâ€¦