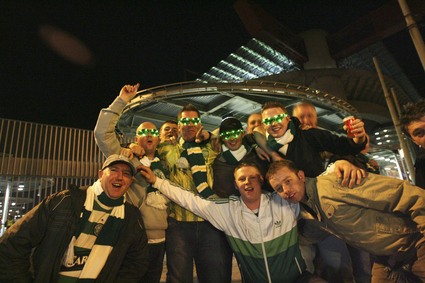 Celtic fans â€“ not to mention manager Gordon Strachan â€“ will have made several toasts to Benfica last night, as the Portuguese side did them a huge favour in beating Shakhtar Donetsk away from home. Benfica’s win ensured that Celtic progressed to the last 16 of the Champions League, despite losing to Milan in the San Siro, in an otherwise forgettable game.
Milan had already qualified for the next stage (hence the half-empty stadium), and they didn’t get out of first gear until the second half. Celtic put in lots of effort, but the gap in quality was there for all to see. Pippo Inzaghi’s goal saw him pass Gerd Muller as the top scorer in Uefa competitions: it took his tally to 63.
Watch highlights of the match after the clickâ€¦