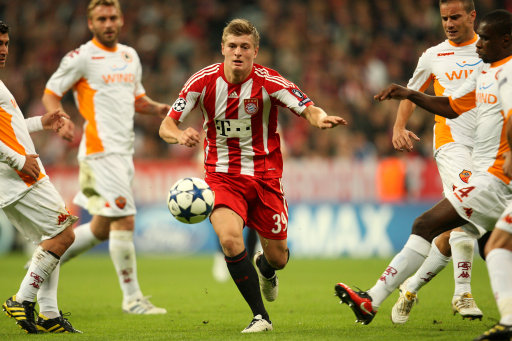 According to reports in the German press, Chelsea are putting £9 million aside until the end of the season with which they will attempt to lure Bayern Munich into parting with their talented young midfielder Toni Kroos.

Chelsea have reportedly been chasing Kroos for four years as a long-term replacement for Frank Lampard, and first tried to sign him when he left Hansa Rostock to join Munich in 2006 – at the tender age of 16.

Here’s a little look at what the boy can do…

Kroos enjoyed an excellent season on-loan at Bayer Leverkusen last season, scoring ten goals and contributing nine assists to the cause, and has since seen his standing at Bayern Munich increased ten-fold. All said, I’m not particularly confident that £9 million is going to swing it.