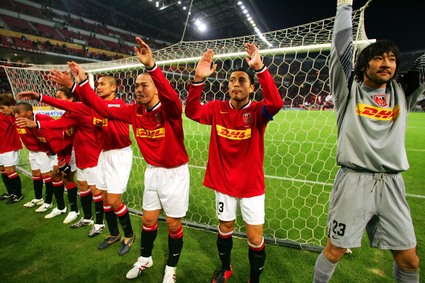 Urawa Red Diamonds celebrate after defeating Iran’s Sepahan in their FIFA Club World Cup match at Aichi’s Toyota Stadium on December 10, 2007. Urawa’s 3-1 win saw them progress to the semi finals, where they meet AC Milan; the European champions have been given a bye into the last four.
Photo Koji Watanabe/Getty Images