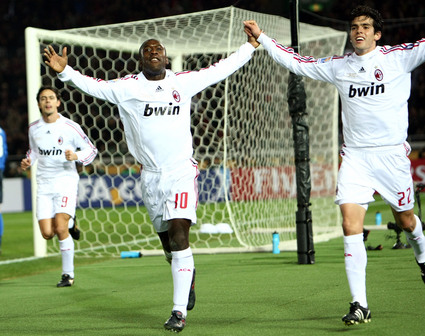 So, having played just one match each to get to the final, AC Milan will play Boca Juniors in the showpiece of FIFA’s wholly pointless Club World Cup.
In front of a lively, 67,000 crowd in Yokohama, Japan, Milan edged a surprisingly tight match. A powerful run by Kaka set up Clarence Seedorf to score the only goal of the match. Credit to Urawa though, who gave the European champions a tough game, and could have scored at least one goal. (Well, with Dida in goal, there’s always that possibility.)